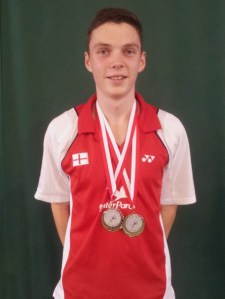 David King continued his spectacular start to the season at the Badminton Europe Swiss Open, from the 26th to 29th September, 2013.

Battling through a strong European field, David came away with a silver in the boys singles event.

This feat was then matched in the mixed doubles, where David partnered Nicola Gresty.

Two silvers in a top class European competition featuring the best up and coming U17 players shows David’s continued growth and development as a player. 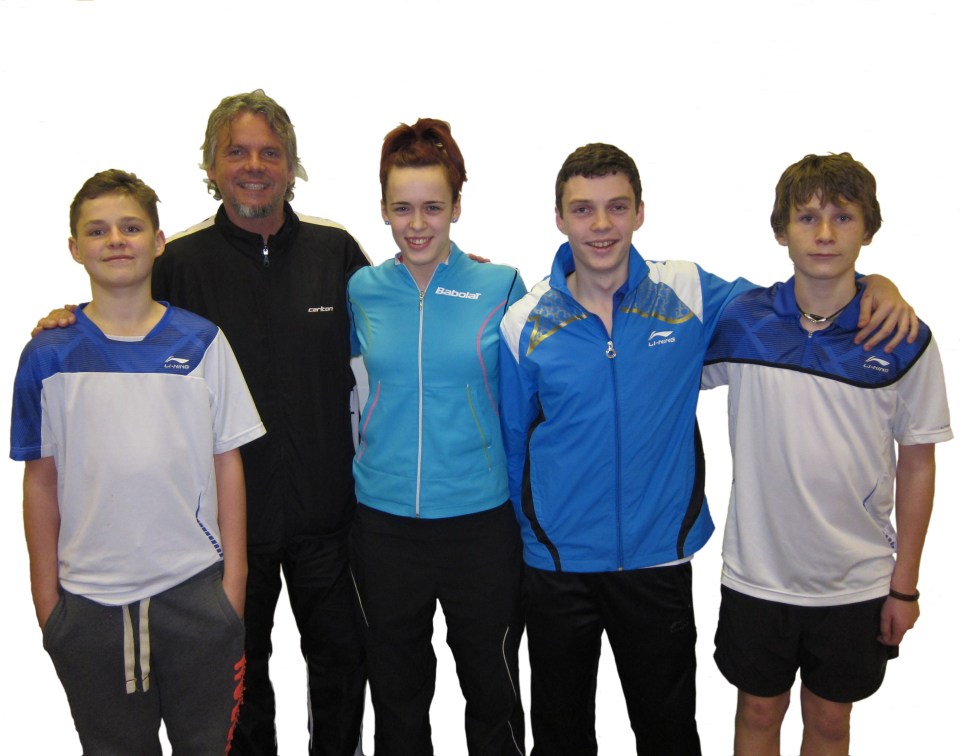 Andy Wood, former coach to Olympic Silver medalists Nathan Robertson and Gail Emms, visited the centre on Monday 15th April to run a session with the new ‘Aspirational’ group and then gave a talk to 25 players and parents from the whole of the PC.

Andy took the ‘Aspirational’ group through an intense, on court, doubles training session for 90 minutes. The key areas that Andy worked on with the players was utilising the mid-court area by moving fast to the shuttle and then playing soft by using the fingers with a short swing to caress the shuttle into the spaces. Throughout the session Andy used two key phrases – ‘Big Eyes’ and ‘Hit with the Feet’ – he wanted the players to see the shuttle as early as possible and then to move as efficiently and quickly as they could to reach the shuttle. Andy was impressed by the players commitment and their skill levels. All of the players commented on the intensity of the session and the requirement to be fully concentrated at all times, but in addition, how much they learnt and how much fun they had had.

Dean wanted to mark the transition of him becoming the new Head Coach by reenforcing to the players and parents that PERFORMANCE was going to be the key word. Andy Wood was the perfect person to explain what it takes to perform at the highest levels. Andy gave an extremely interesting and stimulating multi-media presentation using his experiences of working with Gail, Nathan, Donna Kellog and Anthony Clark. Andy showed the audience what commitment levels are needed from players and their support networks in order to make it at the highest level – physical, technical, tactical, medical. He also emphasised that everyone is an individual and each player has to find what works for them.

HAPC would like to thank Andy for his time and for sharing his insights, experiences and skills.